Haygain UK | Not Gone With the Wind 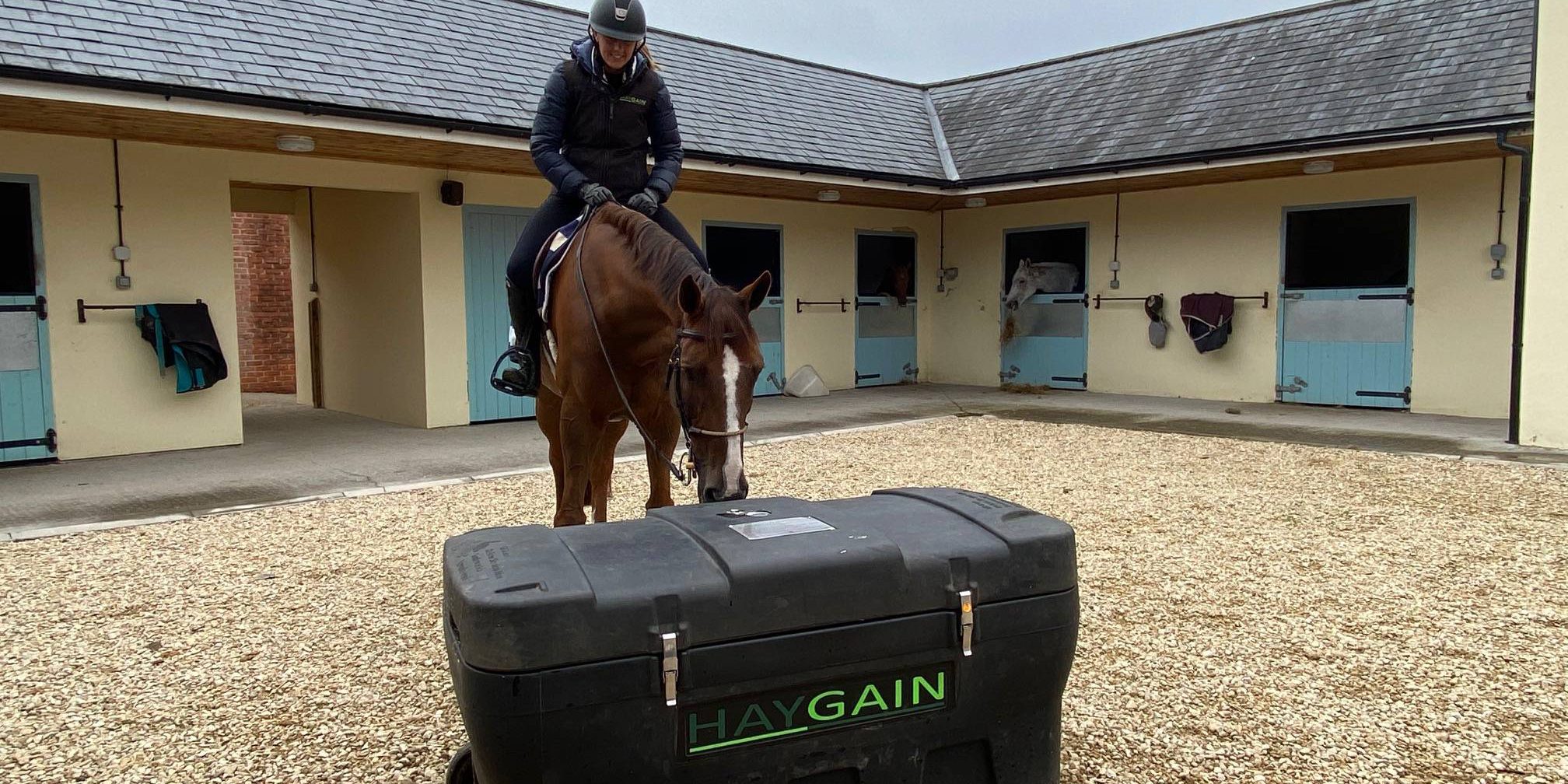 Steamed hay gives Charly Edwards’ top horse a new start. Signs of Brass Monkey’s issue did emerge in the form of coughing when dust from nearby hay harvesting blew in or a batch of dusty bedding arrived.

Charly Edward’s top horse Brass Monkey has faced some major challenges. Early this year, he sustained a fractured knee along with troubles stemming from the common and often harmless equine herpesvirus. Yet, in his two years as a show jumper, he’s never been held back by the one challenge that is responsible for the former eventing prospect coming Charly’s way: “wind problems.”

“The reason we were able to get him is that we were told he had a wind problem and would not be able to gallop around the high-level eventing tracks,” reports Charly, whose Edwards Equestrian training and sales program is based in Hampshire. She had been contemplating a Haygain Hay Steamer for some time and bringing Brass Monkey into the yard was the nudge needed. “It’s one of those purchases that you think about for a long time,” Charly acknowledges. “And it was because of him that we finally got it.”

The source of the “wind problem” was never diagnosed. In all horses, the respiratory system is very delicate. Sometimes it’s a conformation issue in the upper airway that restricts the horse’s capacity for the air intake required in peak performance. More often it’s tiny, inhalable particles found in the horse keeping environment, especially in hay — even in hay of top nutrient quality.

That’s where Haygain’s high-temperature hay steaming comes in. Developed in 2009 in conjunction with the Royal Agricultural University in Cirencester, the patented process reduces up to 99% of the dust, mold, fungi, bacteria and other allergens in hay. Feeding steamed hay is a widely accepted means of protecting horses’ respiratory health and preserving respiratory function in horses with conditions on the Equine Asthma Spectrum or conformational issues that exacerbate the risks of airway irritation and inflammation.

Horse & Hound | #SundaySchool: How to collect your horse with Charly Edwards
December 6, 2020

Recent posts
From the gallery

Lovely experience from beginning to end buying our new 5 yr old from Charly. Grooms were lovely and helpful, viewings and vetting were accommodated with no hassle and the facilities are excellent. We would definitely buy from Charly again.

Charly has been amazing with helping me with my two horses. From the 5yo to the 10yo, training with Charly for both my horses and I has be invaluable. She’s built up all of our confidence. She’s been my go to for exercises from pole work to training for BE Novice

Charly is the real deal, she has all the ingredients, attitude, talent and determination, to become a world class show jumper.

In Dec 2019 I bought a lovely 16hh, 6yr warmblood from Charly. Charly had him from a 3yr old. He’s absolutely lovely, so easy and sensible. Charly was lovely, very honest and helpful and always at the end of the phone to answer any questions. Wouldn’t hesitate to buy through her again, she was trustworthy on all accounts, and easy to deal with. Highly recommend!

Charly is a delight to work with, her attitude towards life and work is something to be admired. Always upbeat and wanting to do more. Her set up is nothing short of impressive, one of the most beautiful yards we have ever seen.