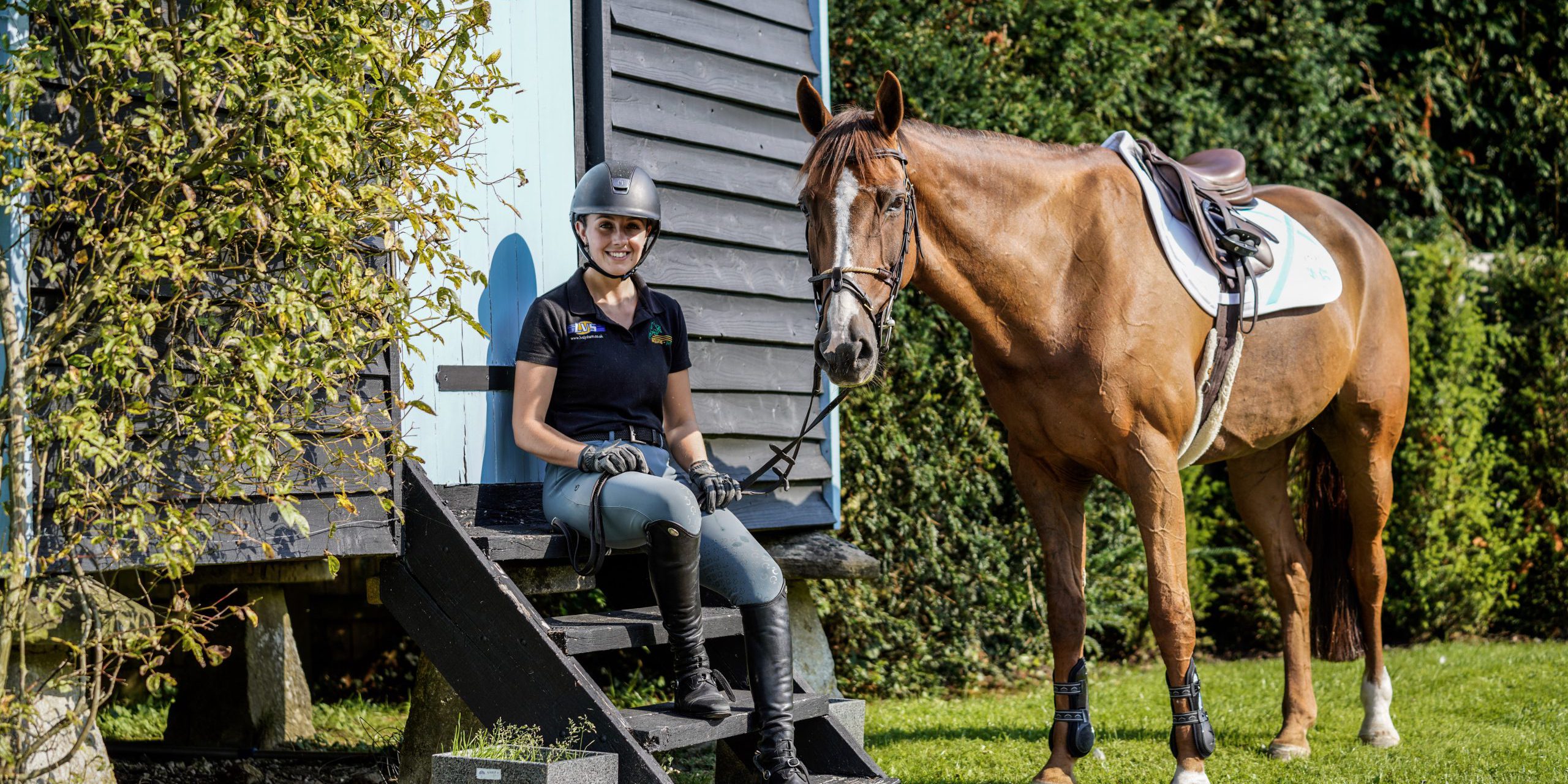 A rider who underwent an elective double mastectomy last week wants to raise awareness of the procedure, and her reasons for choosing this course of action.

Charly Edwards, 27, had all her breast tissue removed on 29 October, and intends to have surgery to remove her ovaries later in life.

She told H&H she chose to undergo the major surgery as she found out, after testing, that she had a variant BRCA gene, which means a much higher risk of developing breast and ovarian cancer. Her mother Jeanette Edwards died last year of ovarian cancer.

“If my mum had known she had the gene, she’d have had her ovaries out after she’d had her children; it would probably have saved her life,” Charly said.

“I did lots of research and found out that when I got to 30, my risk of breast cancer would have gone up to 80%. When we found out my mum had the gene, the whole family was tested, and both my sister and I had it too.”

BRCA gene variants can be passed on from parents to their children; they also increase the risk of breast and prostate cancer in men.

“I spoke to a leading genetic doctor, who knew all my family history, and he brought up having an elective double mastectomy and reconstruction to reduce my risk. He said the younger and fitter you are, the faster you heal and I thought ‘Right, that’s it. I’ll have the operation’. And I did.”

Charly said she had no doubts over whether her decision was the right one, adding that as a rider she has had her share of falls, so surgery held no great fears.

“I just wanted to get it over and done with, so I could ride my horses, that’s all I cared about,” she said. “It was like a huge bridge I had to cross before I could carry on and achieve what I wanted to achieve.”

Doctors removed all Charly’s breast tissue, and she has air-filled expanders in place until she can have reconstructive surgery next year.

“I feel great,” she said on 4 November, less than a week after the operation. “I can’t lift my arms over my head but I feel really well, and I’m bored already! I still look like I’ve got breasts, with my airbags; it’s really clever.”

Horse & Hound | #SundaySchool: How to collect your horse with Charly Edwards
December 6, 2020

Recent posts
From the gallery

Lovely experience from beginning to end buying our new 5 yr old from Charly. Grooms were lovely and helpful, viewings and vetting were accommodated with no hassle and the facilities are excellent. We would definitely buy from Charly again.

Charly has been amazing with helping me with my two horses. From the 5yo to the 10yo, training with Charly for both my horses and I has be invaluable. She’s built up all of our confidence. She’s been my go to for exercises from pole work to training for BE Novice

Charly is the real deal, she has all the ingredients, attitude, talent and determination, to become a world class show jumper.

In Dec 2019 I bought a lovely 16hh, 6yr warmblood from Charly. Charly had him from a 3yr old. He’s absolutely lovely, so easy and sensible. Charly was lovely, very honest and helpful and always at the end of the phone to answer any questions. Wouldn’t hesitate to buy through her again, she was trustworthy on all accounts, and easy to deal with. Highly recommend!

Charly is a delight to work with, her attitude towards life and work is something to be admired. Always upbeat and wanting to do more. Her set up is nothing short of impressive, one of the most beautiful yards we have ever seen.